It is virtually hopeless but there’s at least one petition for sanity and it may do some good.

But I doubt it.  Sorry to be so downbeat, but just look around. 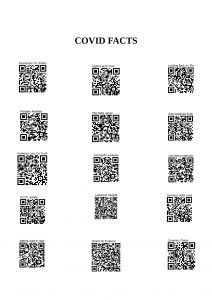 Alex Berenson reveals a Lancet study that found THE factor for requiring intensive care or dying for under 60’s is Obesity.

The lethality of Covid is miniscule for under 60’s in any case.

Remove the overweight cohort and it gets down to totally trivial.

Give the sick, the elderly, etc., some support and we’re home free.  Will governments do that?  Not on your life. Literally.  They’re hell bent on killing you and anyone else up to and including the whole nation.   Any nation.  What’d collateralglobal just say – 40 million kids missed out on their vaccinations because of this covid scare?

Covid scare. By people devoted to vaccines at the drop of a hat. Totally convinced of their efficacy and paramount need.  And denying them to 40 million kids.  Yep.  That’s about the size of it.